Gruff and quick to action. Quoorin also known as “Q” is short tempered and fast to make accusations. He also considers himself to be judge, jury and if needed executioner. Although more level tempered in his old age, he is no less quick to strike with his axe to settle a dispute.

Quoorin’s unique experiences across the realms and planes have enabled him to rise quickly through the ranks in Gauntlgrym. Bruenor himself has taken an interest in Q even though he doesn’t hail from Faerûn. Quoorin earned his position defending the Iron Keep outside Candlekeep some decades ago which caught the attention of Bruenor. Soon Q found himself travelling north to serve under the great dwarven hall. Since then he and his long time companion halfling have come to find serving Bruenor to be ultimately fulfilling.

“Excuse me my fey friend. May I inquire where you happened upon such a finely forged dwarven shield as the one strapped to your back?”

“My name is Q Mineshadow, 1st Lieutenant Shield Dwarf of Guantlygrm and commander of the dark mountain troops. That artifact that you carry holds the symbol of the Feldrn clan.” 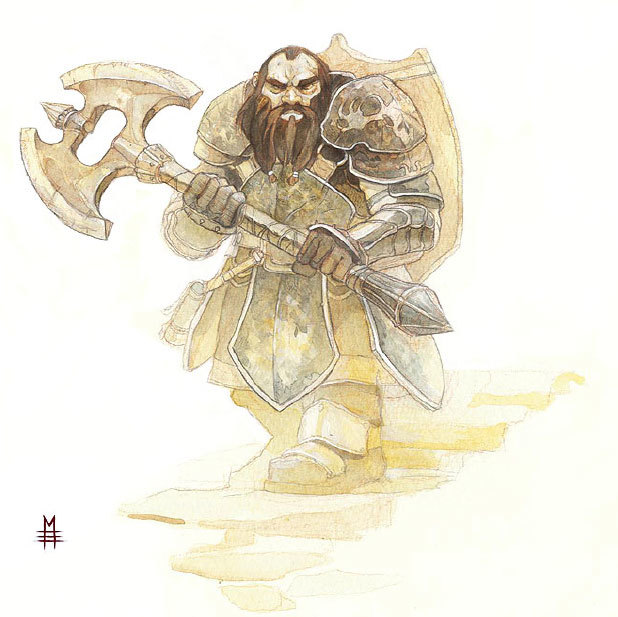