Lutien’s history begins in the Grove of Calafas. The Grove is an offshoot near the edge of the High Forest. The elves of Calafas make their home among the trees there. Tannis and Glena, Lutien’s father and mother had three children: Orle, Trynea, and Lutien. Tannis and Glena were teachers of language and nature to the children of the Grove. Orle found his talents aligned with the arts. He became a sculptor and moved to Scornubel to practice his trade and learn. Trynea embraced skill in combat and joined the small Grove milita guard. She was quite proficient with the sword and bow.

Lutien was born late in life to Tannis & Glena. Even though Trynea was already an adult, she and Lutien played together and were very close… as much of a parent as a sister. She taught him to use a bow and he took to it very quickly. Ellyis, head of the Grove guard, caught sight of this and explained loudly how foolish it was. He focused his troops on melee because that was his specialty. Bows were still a part of training but it was almost an afterthought. He saw them as too random… too much chance for error. A sword was much more graceful and precise. He was a Bladesinger through and through.

Life in this small grove stayed pretty quiet. The elves were a tight community and were very well integrated into their environment so they saw few visitors. One day though, a small group of adventurers came into the Grove. One of them noticed that they were in a settlement and sought out the town leaders. They warned of an orc raiding party that they had engaged and narrowly escaped. They were caught off guard as they were breaking camp and barely got away alive. They offered to take care of the raiders for the Grove in trade for a sizable amount of gems and supply of horses and other equipment. Their story seemed suspicious and the Grove leaders declined.

The adventurers insisted that they were making a big mistake and many lives will be lost if they don’t take their offer (as it would turn out, there would be truth in that). The discussion turned into shouting and finally Ellyis gathered Trynea and few others and escorted the group out of the Grove.

Near the edge of the grove, the adventurers argued among themselves for a moment which turned out to be the signal… for ambush. Surrounding the Calafas guard were half a dozen more adventurers and they let loose with magic and arrows. Ellyis, Trynea, and the rest of the escort guard were quickly struck down. The guards back at the main area of the Grove ran as fast as they could to engage the attackers but it was too late. A lucky shot with a Web spell held the attackers in place and they were eventually overwhelmed and taken out by the rest of the guard but the damage was done. What should have been a quick victory for elves on their home turf turned into a slaughter.

The Grove mourned the many losses a very long time. Lutien mourned the loss of his sister by reenacting the battle from every vantage point he could in the Grove. He set up grass-stuffed dummies and fired arrow after arrow into them, jumping from branch to branch to get the best angle and the most impressive shot. When the arrows and bow he bought broke or wore out, he learned to make his own. In his mind, Ellyis’ hubris and single-mindedness was the reason his sister died. If the guard had long bows, the attackers could have easily been taken out at range. This drove him to spend day and night in practice.

He realized his talent plus a properly made and cared for arrow were the only two numbers in the equation for connecting with a shot and that bow was just a mundane tool. He hunted for food and traded pelts for supplies but made his home elsewhere in the forest for many nights at a time. Lutien was still quite young at that time and most thought he was just acting his age.

Years passed. Lutien noticed his brother Orle riding into the Grove on one of his reenactments. He followed him to his parents home and when he saw Orle go in, he followed. Their parents told him it was their time. They had sent for his Orle awhile back and had made arrangements in town.

A few days later, the town gathered for a ceremony to celebrate Tannis and Glena’s life (as they did all elves who reached such an old age). Orle went to a wagon he had brought in and produced a magnificent sculpture of their family with Trynea watching over them. After tearful goodbyes, Lutien’s parents walked towards the main part of the forest into the sunset and were soon out of sight.

The town event then ended and people went back to their tasks. Lutien, although not very close to his parents, was still in a bit of shock that they were gone. Orle approached him and Lutien got another shock. Instead of support and understanding, Orle confronted his brother and called his actions childish. He wasn’t helping the town, he wasn’t helping his family, and he certainly was not honoring his sister’s memory by “playing adventurer”.

Orle, expecting an argument, was surprised by Lutien’s agreement. His remaining ties to the town had just ended and he knew nothing else. Orle noticed his intricate carvings on his bow and arrows and mentioned joining him back at Scornubel. Lutien responded with how boring that sounded. Orle then suggested that Lutien look for adventure out in the world. Put his skills to use for his sister’s sake… or at least a change of scenery. Lutien already had everything he owned on him so he journeyed back with Orle, acclimatizing to the hustle and bustle of civilized world. He thanked his brother and left to find real adventure.

Lutien is a typical high elf. He has long ratty-straight blond hair, blue eyes, and is just at 5 feet tall. He’s barely an adult according to elves and has social skills to match. He has a hard time paying attention to anything that isn’t bow or arrow related. He wears simple leather armor and has a very intricately carved and well maintained long bow snapped to his chest. He has four quivers surrounding his hips and a few arrows snapped on each thigh for quick access. He’s never touched a knife or blade in combat and plans to continue that for life.

Lutien and his brother Orle spent nearly two months on the road traveling from the High Forest to Scornubel. The journey was mostly uneventful as they were able to hook up with several large caravans for safety. The time on the road served to strengthen the bond between the brothers. A brief but slightly more eventful stay in Waterdeep and a ambush of orcs several days later aided in strengthening their relationship even further.
Arriving in Scornubel came just in time since winter fell quickly that year. Lutien spent much of the coming months crafting arrows, bow strings and even bows. He was able to setup a small crafting area in the back of Orle’s shop. He made a living wage by selling to the occasional traveler and merchant.
Scornubel is a caravan city and a sprawling place of warehouses, paddocks, and stockyards. The population can increase eightfold in a good summer from traveling merchants. Lutien quickly gained a solid reputation in Scornubel and it wasn’t long before merchants sought him out regularly. Although the quality of the arrows and equipment that Lutien made were more than acceptable it was really the shooting demonstrations that fueled his popularity.

After a particularly hard and long winter the shift in population brought with it new and diverse opportunities. One merchant, Von Muri, seemed incredibly impressed with Lutien’s shooting demonstrations. He was also the first person to appreciate the unique design and decoration of the arrows. He explained to Lutien that he dealt with fine woods and other materials in Waterdeep and that his artistic flare in arrow construction and performance at shooting would make for a lucrative business partnership.
Lutien jumped at the opportunity to get access to quality woods and rarer materials. He said his goodbyes to Orle, packed his gear and left for Waterdeep. Von Muri’s shop was impressive and Lutien has spent the past several weeks setting up a workspace and becoming familiar with the subtleties of the new materials. Von Muri has also provided access to areas for demonstrations and they have already drawn interest.

On this particular morning you are approached by a young boy in ceremonial robes holding a rolled parchment. He hands you the document, bows slightly while taking a step back and leaves saying nothing. The document is sealed with both ribbon and wax. Upon the wax is a seal, depicting a wooden cog with four spokes. The document reads as follows.

Lutien of Calafas,
On behalf of the House of Inspired Hands, High Seeker Jhoadil Zulthind and associate merchant guilds; you have been selectively invited to audience two days hence forth.
Your unique traits and observed skills have been deemed worthy of offer. Acceptance and completion will find reward of both opportunity and coin. The utmost discretion is required.
To accept invitation, find yourself upon the noon hour on the twelfth day of this month in front of his Holy Reverence Central Court Service Tower in the Castle Ward.
May Gond bless the hand that crafts for the chosen.
Signed,
Hemil Greggur
Observer of the Watchful Order

Lutien tries to focus on his training. His friends busy around the city, Lutien has attempted to regain some sense of normalcy. But the nights have bludgeoned his attempts. Von Muri has waked Lutien night after night, waking him form screams, from remembering the Abyss, the Underdark and the terrors from which he has breached. Eon has become worried for his mentor and recoils most days from his guidance.

Lutien dreams of duergar digging in endless blackened tunnels. Their white beards are grayed with soot and coal. They throw aside silvered ore and instead pile a void of rock into carts. Lutien’s nose burns with the smell of rotten eggs as his dreams become even more lucid. Another dream has Lutien walking through a room full of glassware and alchemists mixing white powder, black soot and grey flecks. Sometime later the dreams continue as scores of soldiers charge only to be struck down by some unseen force. Sides of castle walls fall apart, ships splinter and sink. 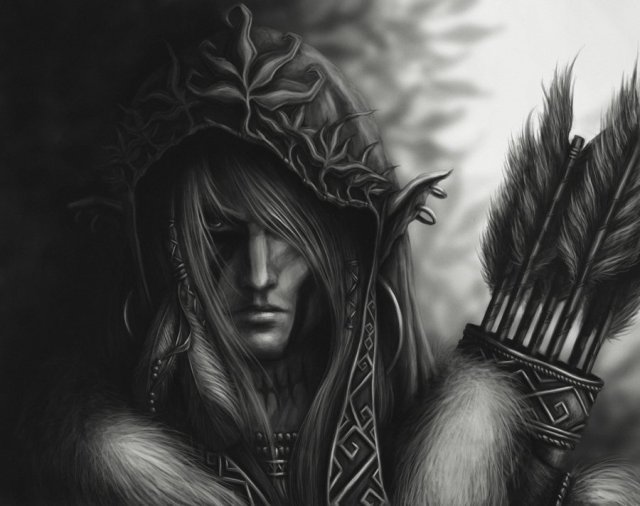