Skeletal hand of the God of the Dead, Protector of The House, Symbol of the Scales of Justice of Kelemvor

Iantorin grew up as an orphan on the streets of Ormath. He has no memory of his father and only a vague recollection of his mother (namely her silver hair and pointed ears). It is unknown to him why his mother abandoned him, except to guess that her elven kin were likely unaccepting of her half breed child. As a boy, Iantorin quickly learned how to provide for himself by pick pocketing and swiping food while vendors were distracted on market day. During Iantorin’s 13th year, war and drought plagued the Shining Plains. Vendors at the market had few wares and those who did guarded them closely. Having not eaten for many days, Iantorin resorted to sneaking into temples of worship to find coppers left as offering.

While pilfering the Tower of Skulls, a young Cleric of Kelemvor caught Iantorin in the act. The Cleric, Yenos, decided that he could not see the boy punished for his acts and instead turned him over to the temple’s grave digger, to be his assistant. Being lanky and lean, Iantorin was not naturally suited to grave digging but, as he was paid in room and board, he worked tirelessly. In the evenings, after a long day of digging, he would sit with Yenos and listen to him talk of Kelemvor’s mercy and the release afforded to the wretched by death. Over time, Yenos taught Iantorin how to read and write the common language. The boy was an eager learner, even if he was not exceptionally bright. As time went on, Yenos began to introduce Iantorin to some of the other duties in the temple, specifically preparing the dead for burial, curing the diseased and listening to dying wishes of those who could not be saved. It was obvious that Iantorin had a keen interest in helping the wretched but did not possess the tools necessary to be a cleric of the order. So, Yenos sought the help of one of his brothers, Arlor, who was an experienced warrior and defender of the temple.

Arlor began training Iantorin relentlessly. While not overly strong, Iantorin was extremely fast and agile. If any weapon heavier than a longsword was placed in the boy’s hands, he was useless. However, given a rapier or short sword he was deadly fast and accurate. Under Arlor’s tutelage, Iantorin found a much different mentor than Yenos. Arlor’s interpretation of the tenets of Kelemvor leaned toward darker more violent aspects. According to Arlor, there was little sense in administering aid to the dredges of society. Even if they were to be cured, they would just return to their wicked ways and likely be back within the year with the same affliction. By Arlor’s estimation, the only way to appease Kelemvor was to live lawfully and punish those who did not.

Arlor preached that the best way to serve Kelemvor was to cleanse the world of those who refused to live within the constructs of an orderly society. The words resonated true to Iantorin’s ears. As he progressed in his training, Iantorin was informed of the full extent of Arlor’s duties in the temple. Arlor was part of a small band of holy warriors who, with Kelemvor’s blessing, sought out those members of society who violated the tenets of Kelemvor. Once confronted, the offending individual would be given the chance to confess their crimes. If they did so, they would be given a mercifully quick death. If they refused, they would face a much slower and more painful death (usually poison or blood letting). Iantorin was not disturbed by this information and asked only if he could join the order. It was revealed to him that Arlor had been training him for years for this purpose. As part of the induction ritual, Iantoran confessed all his transgressions to Kelemvor and swore a sacred oath that he would hold true the lawful principles and would afford individuals who did not adhere to those a merciful death.

Nearly ten years have passed since Iantorin took his vow to Kelemvor. His quest to seek out the lawless and cleanse the world of their filth has taken him far from his home of Ormath. At present, a need for his services has arisen in Waterdeep. Iantorin has heard rumor of a band of criminals residing in the shadows of the city who are not content with stealing. The subjects of suspicious deaths, rapes and kidnappings have been the talk of a growing number of the common folk. Fortunately, Iantorin knows how to deal with the vermin who would perpetrate such crimes.

Upon arriving in Waterdeep, road worn and hungry, Iantorin finds the streets of Waterdeep unwelcoming and plagued with poverty and suffering. It seems to be the same from ward to ward and he finds it unsettling that such a rich city would have so many in dire need. It is in the Castle Ward, however, that Iantonrin observes the first signs of mercy. Several women pulling hand carts are combing the side streets aiding those in need. He watches for some time as they offer clothes, food and clean water to all those that accept it. They show incredible compassion, often holding people in their arms as they pray to Ilmater, the One Who Endures. Their actions are so compelling that Iantorin approaches one of the faithful and offers his assistance. They are unable to accept, without the consent of The Mother Vuleria, the Painbearer of The House.

Iantonrin gains audience with the Mother of The House the next day. He is surprised when she calls him by name before being introduced. News of Iantorin’s arrival in Waterdeep traveled much faster than expected. Mother Vuleria sees his service to Kelemvor as sign of true faith and welcomes Iantonrin into their monastery. Iantonrin is given a room, access to meals and being the only male in the house, a private bath in exchange for his services. It seems that the sisters often run into trouble in particularly rough areas. In the past months they have been robbed several times and last week, one sister met with the unholiest of men who did unspeakable things before leaving her in the gutters. She is still recovering from her injuries and has become reclusive even within the monastery walls. Iantonrin has served the house and the Mother for several weeks. After a few encounters that ended quickly and decisively in his favor, it has been common practice not to interfere with the sisters of The House.

You spend several hours overseeing the Sister’s deeds in the streets of the Castle Ward when you are approached by a young boy in a ceremonial robe holding a rolled parchment. He hands you the document, bows slightly while taking a step back and leaves, saying nothing. The document is sealed with both ribbon and wax. Upon the wax is a seal, depicting a wooden cog with four spokes. The document reads as follows.

Sir Iantonrin, Protector of The House, Symbol of the Scales of Justice of Kelemvor,
On behalf of the House of Inspired Hands, High Seeker Jhoadil Zulthind and associate merchant guilds; you have been selectively invited to audience two days hence forth.
Your unwavering devotion to faith and strength of conviction have been deemed worthy of offer. Acceptance and completion will find reward of both opportunity, coin and favor. The utmost discretion is required.
To accept invitation, find yourself upon the noon hour on the twelfth day of this month in front of his Holy Reverence Central Court Service Tower in the Castle Ward.
May Gond bless the hand that crafts for the chosen of Kelemvor.
Signed,
Hemil Greggur
Observer of the Watchful Order

Ian’s time in Waterdeep has been rewarding. He has made a reputation for himself, cleansed much of the ill that has posed itself upon The Mother Vuleria, brought light to The House, found a suitable future guardian and apprentice and found right much that had been wrong. He has breached the Underdark to find himself, once again, among his kind with his peers in tow. But he knows this is not his end, his destiny, there is more. He has seen the slave trade first hand and up close. It will not stand.

But, of late, his mind has been drawn from his desire to right the slave trade. A demon haunts his dreams. Red eyes burn in the darkness, bells jingle in the distance and children cry out in terror. Each passing night the cries become softer but more disturbing, the bells distort and pervert and the darkness swallows everything around him. But the eyes remain, the red piercing eyes are always there, staring down upon him as he sleeps. 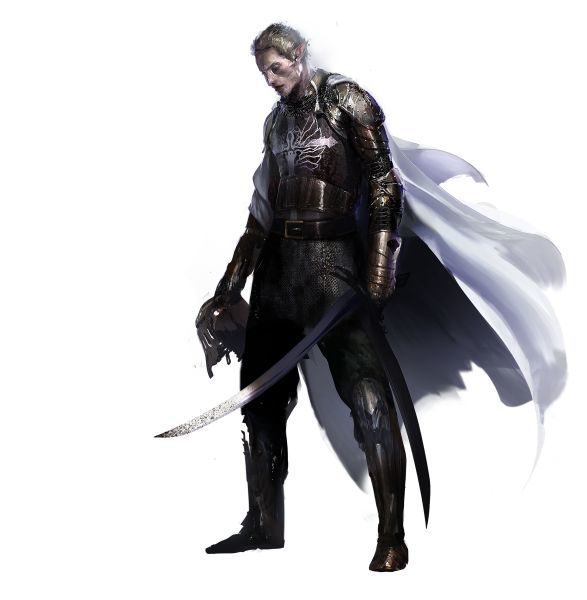