The tale of Galathalas’ journey to the grand city of Waterdeep starts appropriately enough with the kidnapping of a mayor’s daughter in a frontier town. You see, the “normalcy” of life in Phlan became too much for him, as the whispers kept getting stronger the more he remained inactive. As if set upon with a geas, Galathalas left Phlan suddenly, and set out on the road. Which way seemed not to matter, and so he found himself headed towards the Dalelands. Having heard of the kidnapping while boarded at an inn nearby Shadowdale, Galathalas answered a call for adventurers to investigate her disappearance. After days spent investigating leads, Galathalas finally set his sights on infiltrating a band of brigands known in the region(gaining trust has always come easily for him). He discovered that the girl was indeed being held by the bandits and that she was suffering near constant abuse and torture while in captivity. Unable to mount an immediate escape, Galathalas bided his time. Unfortunately, the reason for the girl’s capture came to light too late: the bandits were actually a cult! They were lead by a mysterious dark mage or cleric (Galathalas was never able to discern the leader’s nature, so secretive was the cult) that planned on sacrificing her in the name of some unknown ritual. As the day of the ritual came nearer, Galathalas was still unable to enact an escape for the poor girl. She was guarded too well. Meanwhile, the abuse she was enduring escalated. An opportunity finally presented itself. Galathalas sneaked into the girl’s dungeon intent on breaking her free. Alas, it was too late. The girl’s physical condition was such that she could not leave under her own power. Unable to cope with his mounting guilt after the botched escape attempt, and unable to come up with an alternative plan, Galathalas decided to take drastic measures. The night of the ritual he managed to disguise himself as one of the acolytes ordered with preparing her for the sacrifice. When the moment came, he whispered in her ear:

“I wish to make all your pain go away, my dear. I will tell your father you were very brave. Will you let me help you?” The girl, silently crying, smiled and shook her head in acceptance. The weight of the world seemed to lift from her shattered frame. Stroking her hair, Galathalas pulled from his belt a small vial full of dark liquid. “There will be no pain child. Accept this mercy and be done with this cruel existence.” With that, he placed but a drop of the liquid on her lips. Mere seconds later, the poison began to take effect. The girl’s eyes began to close. She said: “Tell my father I love him very much”. With that, she passed from this world.

With her passing, the ritual was ruined. The cult mistakenly though she had passed as a result of her constant abuse, but inquiries were started to be sure. Before he could be found out Galathalas slipped away into the surrounding countryside, but not before obtaining one last piece of information: the cult leaders planned to travel to Skullport (beneath Waterdeep), location of a black market slave trade. They would have ready access to numerous sacrificial lambs.

Galathalas has vowed to upend the cult if he can. Following their trail to Waterdeep, he has been investigating there whereabouts. Currently his trail has gone cold.

Galathalas found his way easily through the city streets of Waterdeep. The crowded streets made gathering information and moving about unnoticed extremely easy. He soon found his way to The Yawning Portal, an Inn that is well known for its entrance to the Undermountain and Skullport. He decides it would be the most likely entrance to be used by members of the cult.

Galathalas spends most of his time in one of less lit corners of the inn, watching and waiting. From the second floor balcony, that wraps around the entire establishment, Galathalas is able to keep track of the activity below. He was able to secure a room in the overly crowded inn after confronting an unscrupulous man that was praying on common folk that visited the inn. The thief decided to leave hastily after some firm words from Galathalas and Galathalas was able to take over the prepaid room which was paid in full for the next several weeks. Galathalas watches as seasoned adventurers are lowered by an unlikely Drow into the large opening in the center of the Inn. A system of pulleys allows for easy decent and assent above the portal. It is slightly unsettling that more go into the portal than seem to come out. Perhaps they find other exits, perhaps not.

On this particular morning you are approached by a young boy in ceremonial robes holding two rolled parchments. He hands you one of the documents, bows slightly while taking a step back and leaves saying nothing. You observe him head for the kitchen still carrying the other scroll where he remains for a brief time before leaving through the front door. You notice that he isn’t holding the other scroll upon his departure. The document is sealed with both ribbon and wax. Upon the wax is a seal, depicting a wooden cog with four spokes. The document reads as follows.

Galathalas the merciful,
On behalf of the House of Inspired Hands, High Seeker Jhoadil Zulthind and associate merchant guilds; you have been selectively invited to audience two days hence forth.
Your unique talents and subtleties have been deemed worthy of offer. Acceptance and completion will find reward of both opportunity and coin. The utmost discretion is required.
To accept invitation, find yourself upon the noon hour on the twelfth day of this month in front of his Holy Reverence Central Court Service Tower in the Castle Ward.
May Gond bless the hand that crafts for the chosen.
Signed,
Hemil Greggur
Observer of the Watchful Order

Galathalas is floored that anyone would know who he is, having used another name while in Waterdeep. How would they now about his talents? And what about ‘the merciful’. How could anyone know about his past or how he found himself here?

Galathalas torments inside Waterdeep. Having breached the surface from the Underdark he is still unable to escape his demons. His mind tears and fractures, split between the torture of Pandorym, the mercy he was forced to show that girl so long ago, his experience in the underdark and his yearning to rip apart the slave trade.

His visit to Gus’s Booktiquies and Oddities was informative. The gnome Pealittle directed him towards the northern most dock, just short of the naval harbor. The ship called, ‘Drippin Wet’ is rumored to be headed towards Skullport. It is unknown how, however, as many of the entries to Skullport have been destroyed. The ship is taking on crew and from what Pealittle has been told is leaving within the next tide.

The last several nights have been upsetting for Galathalas. Several times during the night he wakes in cold sweats with his Humunculus staring at him from atop the rafters. Each night he dreams of dozens of various races being chained, captured and sent into slavery. Each night the enslaved are of a stronger race or creed. First kobolds, then goblins, orcs and hobgoblins. Then the civilized races followed by ogres and giants. Each dream ends with a vision of a bronzed Minotaur, kneeled upon a platform, hands chained and tied behind his back.

Events After Out of the Abyss

Raging Pansexual (RAGING!!! HAHAHAHAHA!! Stop giggling. Got you I knew you were listening Bellamy!)

But most of all, Bellamy-Friend. Here, she’ll sign it too. Dip your paws in the ink well little one. That’s it. Perfect! Wait, I should speak the words, not write them. Oh, you can hear my thoughts as I write! Yes yes! Of course I remember. I know I know. Sshhhh, they’ll hear. There, don’t drip any… There you go…

That’s it, well done! You didn’t even rip the page with your claw this time. Positively brilliant! You are my best friend. You are number one out of all three or four of them. Perhaps you are my only friend now. Where did they all go? Why did they leave me to fester in solitude? Only Iantorin visits and HE WHO CAN FUCK OFF torments me relentlessly. SSSHHHHHHH!!!! He’s listening! Quiet, quiet yes.

Where did they all go?

Attempt #167 today. It proved less fruitful than my last. I must find answers. It is not fair that he torments me thus, plucking the strings of my memories for his amusement. CURSE YOU TO THE DEPTHS OF MALIDOMINI AND BEYOND! My memories are my OWN! Now think, THINK!…

Day #27 since the last time Iantorin entered my chambers. (Get your mind out of the street drain, I see you snickering. It’s not like that.) His visits have slowly dwindled. I know I burden him, but I also know he cares for me in his own way. He has taken good care of me as I have begun to drift, to fracture, and his presence centers me in this psychic storm of hell I live in every day of my existence. When he is near I am coherent. He is my dear friend, but I miss our coherent talks. He has begun to babel when he speaks and makes no sense. He truly has no idea, which is equal parts sad and amusing. Mostly sad though. It makes it so difficult to speak to him. (Surely it isn’t me? Note: Test this theory: perhaps it is me.) Iantorin is too good to be tormented as I am. Too pure of spirit and full of heart. I had my chance to be truly pure once, and I failed. I could not save her. Curse this.. Curse. Could not a god with more sanity have chosen me as his quasi-faithfull conduit? I know he is busy saving the world, but, oh, I bet he remembers Persephone. I will make a note to ask him about her next time. No, not HIM. I mean Iantorin. HE is the one that took the gods-damned memory to begin with. HIM that is, not Iantorin, to be concise.

I miss them all so much. I hope they are well. I wish I was. Perhaps if I make myself better it will be cause to bring us all together once more, and we can, well, I have trouble remembering everything we did (and to be quite honest how much of it was real!) but we can do it all again, only better this time around!

I miss my friends. Where did they all go? 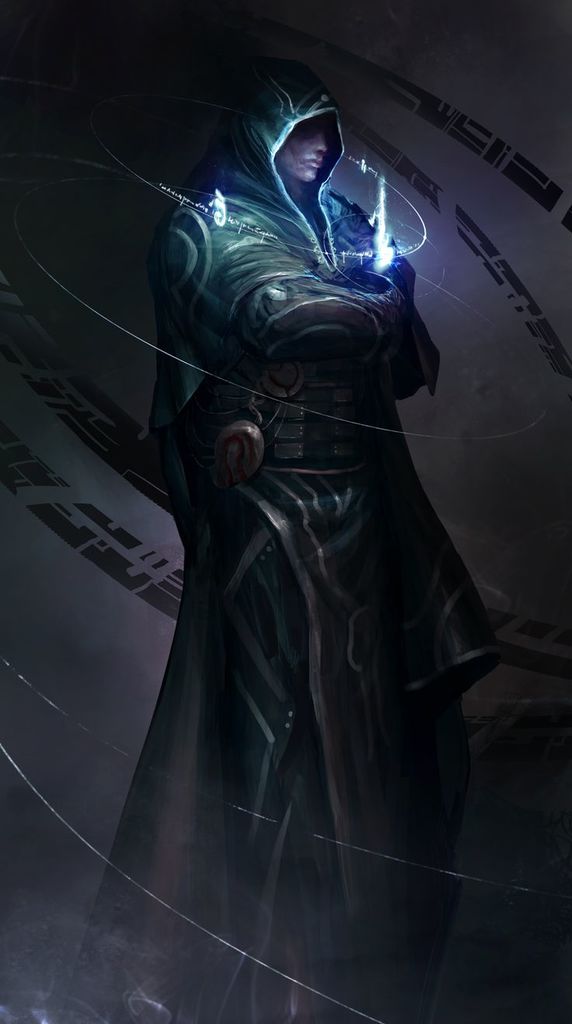