To Skullport (The Harpy Attacks) 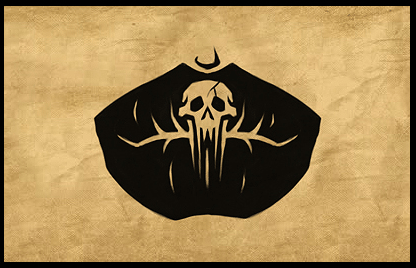 The winds have eased off over the night. The ship enjoys smoother waters, easing the stomachs and heads of many of the less seasoned crew. Those still up enjoy moments of reflection and rest. The moon lights the way west as if inviting the ship forward.

As the crew enjoys a late snack of salted pork and mead a crewman in the forward crow’s nest unexpectedly yells out. “Ship off the Starboard port bow. Moving ahead.” The crew direct their attention southwest and can just make out the silhouette of a ship lite by the moon behind it. Crew quickly move below deck to alert others who are bunked. The Captain rings a tethered bell, alerting anyone not woke by the crews efforts.

Crew rush to the catapult and ballista’s. Some take up bows and others climb the masts to get a higher view. And then silence. The anticipation washes over everyone as crew exchange glances as if the answer is held in the eyes of their crewmates.

As the unknown ship draws closer it is apparent that they are either drunk at the helm or purposely approaching the ship. The captain yells, “Ready for attack men, the sea once again tests our resolve.”

As the ships become closer, small bursts of fire can be seen on deck of the unknown ship.

Bellamy flys out toward the unknown ship and can see bladders being loaded on catapults. It also observes the flag and Offensive Nelson recognises it as The Harpy, one of three pirate ships under the flag.

Lutien targets the bladders and is able to open one and ignite it. The other is fired but misses the ship. The ships crew is reloading for another attack as the ship draws within ballista range (450’)

Ascendant campaigns can view previous versions of their pages, see what has changed (and who did it), and even restore old versions. It's like having a rewind button for your campaign.

We've already been saving your edits, so if you upgrade now you will have instant access to your previous versions. Plus, you get a 15-day free trial, so there's nothing to lose.

To Skullport (The Drippin Wet) A new family.